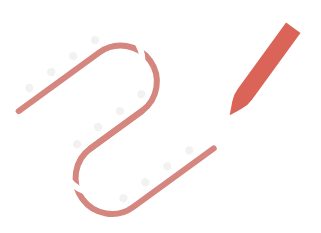 How to Storyboard a Film For Beginners

As a filmmaker, you need to share your vision with your crew. The easiest way to do this is through storyboards.

Storyboards are not just pictures; they give details on the shot type, camera movement, and cinematic style. They also ensure you have essential coverage and can be used as a guide during editing.

So, whatever your job role in filmmaking, it’s helpful for you to understand how to storyboard.

In short, storyboards are sketches of what each individual shot in a film will look like. These can be either hand-drawn using storyboard templates or with digital software.

Creating a storyboard is the act of translating a script from words to images. You can think of a storyboard as the comic book version of the film. The sequence of drawings represents camera shots in the order that they will appear on the screen. These drawings help with scheduling, staging, and camera direction. Most of all, they help the director share their vision.

Storyboarding can also go by the term pre-visualization, alongside creating shot lists. Keep in mind that not all directors use storyboards. But they are particularly helpful when it comes to stunts, action sequences, and digital effects. In the following section, we will go into detail on how to work with storyboards.

Storyboards will be created by the director, director of photography, and a storyboard artist during early pre-production. The producer is the first to look over the completed storyboards to make sure that all shots are financially feasible.

After they are approved, storyboards will then be shared with the essential crew as a PDF file or printed out to be placed in a binder. Either way, the director will go through the storyboards with each department head or hold a production meeting to discuss them.

For the 1st AD, storyboards help them create the daily production schedule, and for the producer, they help them organize. For example, a Steadicam shot. This will need more time to set up, and specialist equipment like this will need to be hired out in advance.

During production, every director has their own way of working. Some directors will have the storyboards on them at all times, and the DOP might refer back to them. Other directors don’t use storyboards at all; this is entirely up to the individual and how they wish to work.

Storyboards are more frequently used for stunts and digital visual effects. This is because stunt work (for safety reasons) must be accurate. Furthermore, visual effects may be created while production is taking place and often must be precisely pre-visualized. Here the use of storyboards helps keep everyone on the same page.

During post-production, the editor might use the storyboards alongside the director to help cut the film. In distribution and marketing, storyboards can be used to help promote the movie. They can be used for things such as the making-of featurettes, or they can be shared online as concept art.

Check out this storyboard comparison video for the 2014 film, “The Grand Budapest Hotel”:

Software – You can use storyboard templates or computer software. There are a lot of programs out there that you can use. Final Draft, Movie Magic Screenwrite, and Celtx all have storyboard features. Then there are software specific for just storyboarding – Storyboarder (Free PC & MAC), ToonBoom, and Frame Forge.

Aspect Ratio – The aspect ratio refers to the ratio of width to height of your image. When choosing your storyboard panels, they need to be in the same aspect ratio you are filming. It’s commonplace to shoot in widescreen (16:9) which would be represented as a rectangle.

Sketch – When it comes to sketching the storyboards, you may want to work alongside the director of photography. To begin, choose a scene in your script and imagine how the scene will look on screen. Then write a camera shot list of the various camera shots you would like to use. Each panel box represents an individual camera shot. When sketching, you don’t need to be very detailed but include actors and key props. You don’t need to be an expert at drawing in order to create effective storyboards. This video may be helpful.

Detail – Complete each storyboard panel by adding more detail about the shot. Underneath each board, you can write a short one-line description. Additionally, camera shot type is written next to this in abbreviated initials (e.g. Woman walks across screen CU). You can also let people know where the scene is taking place (e.g. Interior INT or Exterior EXT.)

Movement – To represent movement, arrows are used. Traditionally a black arrow is used for character movement and a white arrow for camera movement. For example, if the woman walks across the screen, a black arrow would be used pointing in the direction she walks. Alternatively, if the camera pans to follow her both a white and black arrow would be used. The white arrow represents the camera pan, and the black arrow is her own movement. For a helpful list of different types of camera movements, check out this article and this article.

For a helpful video introduction to storyboards, check out this video by The Wrap:

Storyboarding can be a very helpful part of the pre-production process. While it is not required for every shoot or by every director, it is often a highly useful part of the planning process for directors and DPs.

Will you be using storyboards on your next film project? Let us know in the comments below.

Be sure to grab this awesome free storyboarding template using this form: 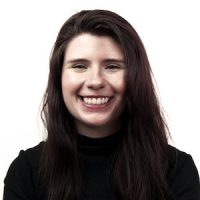 Making a Stripboard Shooting Schedule for Your Film

A stripboard is a important document that contains a row (i.e. “strip”) for each scene in the schedule.  These strips are listed in shooting...
Read More

Download this easy road map + bundle of 12 FREE form templates for planning your next film shoot. Everything you need to start film pre-production,...
Read More